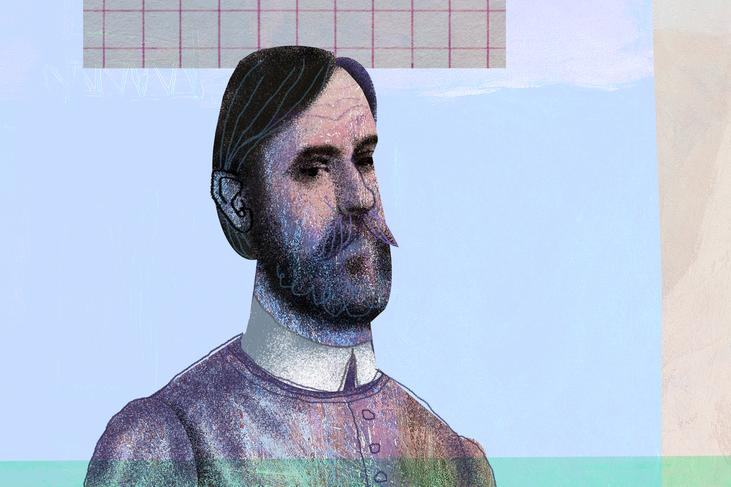 (Dubrovnik, 7 February 1752 – Zaton, 27 October 1833) Conflicts between great European powers in late 18th and early 19th centuries, reverberated in Dubrovnik as well. And, despite the fact that Dubrovnik tried to preserve its neutrality, fight broke out in their territory at the beginning of the 19th century, which lead to the abolishment of the Republic in 1808. Eventually, the decisions of the Congress of Vienna in 1815 meant there was no hope of its restitution. Even though members of the Dubrovnik nobility were polarized between the Francophile and Austrophile currents as early as the second half of the 18th century, even the most adamant Francophiles that were influenced by the culture of the Enlightenment, the encyclopaedists and the French Revolution were not in favour of revolutionary change. We could say that they wanted an evolution of the Ragusan society and its strict aristocratic-republican template that was only regurgitated for centuries. The fall of the Republic deeply distressed the nobility, but also a segment of the bourgeoisie who did not want foreigners in their city. One of them was Đuro Hidža (Higgia), Dubrovnik physician, poet and translator.

He was born in 1752 in the bourgeois family in Dubrovnik. Đuro’s father Antun, who moved from Konavle to Dubrovnik in 1748 was a member of the Confraternity of St. Lazarus. Đuro’s mother was Marija Arboscelli, sister of poet Didak Dubravica. Đuro finished primary school in Dubrovnik, and after graduating from the Jesuit high school, he moved to Italy in 1771, to Bologna, to study philosophy and medicine. He was receiving a state scholarship from the Dubrovnik Republic, which indicated that the Republic counted on the services of the gifted student after his graduation. In 1777, after graduation Hidža moved to Florence, then Naples, to work in the medical profession. During years of study and medical practice he met and became friends with renowned Italian physicians of the time, but he was also able to write literature that would later make him even more famous. In 1783, after he returned to his native Dubrovnik, he was chosen as a state physician. In 1784, the Republic sent him to temporarily serve the Bosnian beylerbey, and as was customary in Dubrovnik, he sent his reports back to the Republic, which showed the mood of the people towards the Ottoman rule in Bosnia. In the obituary devoted to Đuro Hidža, the renowned Franjo Marija Appendini praised his 50 years of medical practice, and said he treated equally the wealthy and the poor, the nobility and the commoners. Nevertheless, what Đuro Hidža is remembered for in the Croatian literary corpus are his poetry and translations. We are able to recognize in him one important constant in Croatian literature, and that is the bilingualism of Croatian and Latin expressions. Even though there are some extant Latin epistualae from the time he was a student, he started writing more seriously only after he returned to Dubrovnik. Some of his friends were members of the Dubrovnik literary circle, so Đuro, probably inspired by their example, started studying Italian and French classical writers more seriously. Hidža’s legacy can be divided into two segments; poetry and translation. He wrote poems in Croatian, Italian and Latin languages. As a man of his time, his poems – especially his incisive epigrams – recounted the events, opinions and behaviour of his contemporaries during difficult treacherous times. He was also openly opposing the new government, so he was forbidden to sign medical prescriptions because he refused to show his medical degree out of defiance. His translations of all the works by Virgil were particularly important, as were translations of Horace’s lyrical poetry and almost complete lyrical works by Tibullus. He died in Zaton in 1833, and his death ended the Dubrovnik Hidža line.