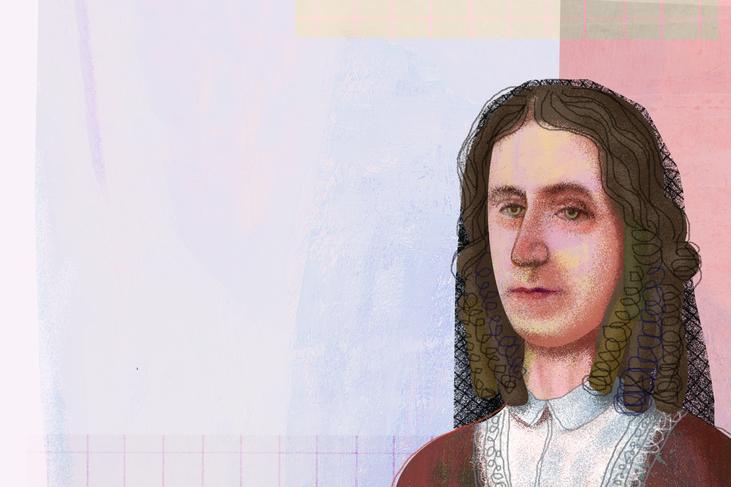 (Milicz, Poland, 12 November 1815 – Stuttgart, 25 October 1876) Ida von Düringsfeld was the daughter of a retired Prussian officer, and as an autodidact, she studied foreign languages and wrote verses from an early age, despite her mother’s objections, that she published under a pseudonym.

She married baron Otto von Reinsberg in 1845 (who committed suicide in 1876), who adored her and she spent her life travelling with him and their son Marco, or at her mother’s estate. She was incredibly well-read, spoke several Slavic and Romance languages, and during her travels she passionately studied history and culture, people and customs. She supplemented her linguistic knowledge through direct contact and became intimately acquainted with people and places she visited. By the time she arrived in Dubrovnik, Ida was already renowned in German literary circles. From the summer of 1853 until the end of February 1854, she travelled with her husband and son throughout Dalmatia; from Zadar to Kotor. At the beginning of August 1852, they left Trieste by ship and in the early spring of 1853, they sailed into Dubrovnik, by way of Korčula. She wrote about her impressions and observations of this journey, and her encounters in Dubrovnik in the travelogue entitled Aus Dalmatien, that was published in Prague in 1857. As the cultural historian Josip Bersa said, “when she came to Dubrovnik she spoke Italian, but she fell in love with the Croatian language so deeply that she was soon able to translate our folk ballads into German language,” and with the assistance of her landlady she concluded that “Dubrovnik was mostly European.” She was delighted by the fact that Italian and French were spoken in the city, that they talked about Paris, politics and literature. During her stay, she studied historical sources, works by the most important writers and cultural monuments. She drew her knowledge from direct contact with prominent figures of Dubrovnik’s cultural, literary and political life who kept her company. Ida’s travelogue was different from previous German and Austrian travelogues, because it was composed of a series of anecdotes and conversations. It was evidently written by an educated, but also a witty and spirited woman, who did not only provide arid descriptions of classical buildings, medieval churches and the ambiance, but she expressed her feelings, lively and picturesque observations about people, folk costumes, customs, nature. Ida left Dubrovnik with her husband and son suddenly, because of personal tragedy that she never completely recovered from – namely, her daughter named Zorka was born in Dubrovnik, but she died from an infant disease at seven months old and was buried in the Boninovo cemetery. Only a few days later, Ida received information that her mother died, so in the middle of winter the whole family left Dubrovnik, as it later turned out, for good. Ida published the second expanded edition of her poems, entitled like the first - Fur dich, in Leipzig in 1865. Regrettably, the first edition is unavailable, and the second very rare. It contains 49 poems, divided into four parts and written during her stay in Dalmatia, 32 of which in Dubrovnik. Three poems from this Dalmatian cycle were published in the aforementioned book Aus Dalmatien. We should also mention Reinsberg’s notes accompanying Ida’s collection, because they represent a valuable source of information about the history of Dalmatia. The reception of her book in Europe is also significant. These “travel notes” were extremely popular at the time, and since they were written in German – and we know that the author had many literary contacts and friendships across Europe, they were translated into several European languages and thus were read extensively. She was familiar with Dalmatia from old German travelogues, and she cited works by Fortis, Stieglitz, Kohl, Niegebaur, Carrara, Lovrić. Her travelogue is considered one of the most important 19th century books about Dalmatia.