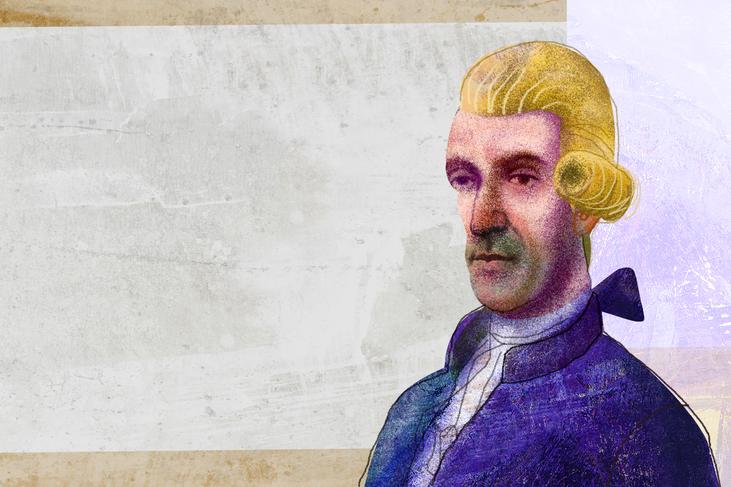 (Dubrovnik, 14 December 1672 – Dubrovnik, 8 September 1735) One of the phenomena in the 18th century Croatian literary historiography were historical records such as memoirs, diaries and chronicles. After the 17th century and great names of Croatian historiography, like Ivan Lučić (Lucius) from Trogir and Pavle Ritter Vitezović from Senj, the 18th century represented somewhat of a stagnation. However, the case of Dubrovnik and its historian Junije Restić (Resti) nevertheless represented a step forward.

Because of his method of examining authentic archival documents, and not relying solely on old Dubrovnik chronicles, he is considered the most reliable historian of Dubrovnik. Junije Restić was born in Dubrovnik in a patrician family as the son of Antun Resti and Frana Sorkočević (Sorgo). He finished his primary education in the Jesuit collegiate in Dubrovnik. In 1691, when he came of age he became a member of the Major Council. We have five extant copies of love poems from his youth, written in the Croatian language. His affinity for the Croatian language can be seen in his activities in the Dubrovnik Academy of the Slothful (Academia degli Oziosi), where he belonged to the current that supported using Croatian language in the Academy. He served the Republic as a tribute ambassador on two occasions (1706 and 1721). We also find him in a mission with the Bosnian beylerbey in 1712, when he had to convince the beylerbey that Dubrovnik did not support the Montenegrin rebels. At that time, Dubrovnik found itself in an extremely delicate situation politically, trying to preserve its neutrality during the Ottoman-Venetian conflicts. Restić was serving as the Rector of Ston, Mljet and Župa, and he had been the Rector of Dubrovnik on four occasions. He is known as the author of the Chronicles of Ragusa (Croniche di Ragusa), composed of 13 books. It deals with legislative issues and the political history of Dubrovnik until 1451. According to his own words, he used original archival documents and said that the oldest records were kept in the treasury with holy relics, while the newer ones were kept in the Republic’s secretariat. It is interesting that it was not before 1760 that the Senate decided to move part of the archive from the treasury to the secretariat, in a special secret room. After it was decided to move the entire archive from the treasury to the secretariat, it was also determined to trust the keys only to the secretary and under-secretaries. How difficult it was to obtain archival documents at that time is confirmed by the fact that after this decision was made, there was a conflict in the Senate, and it was eventually decided that neither the rector nor the senators could freely access the archive and that only secretaries should have the keys. Restić was obviously able to access these documents and, although he was trying to be as objective as possible by studying the original records, a small number of documents from the oldest periods was insufficient to get a comprehensive picture about the establishment and development of Dubrovnik. For this reason, he had to use older chronicles, even though he knew that they were not a reliable historical source. We know that he used those written by Fran Gundulić in the 16th century and Ivan Marinov Gundulić in the 17th century. In his interpretations of the chronicles, for example, the story about Rector Damjan Juda as a person who marked the beginning of the permanent social and political division of the Dubrovnik patriciate, Restić clearly expressed his membership in one of the clans. The centuries-old division into clans was also visible by the fact that Restić openly attacked, in defence of “historical truth,” a well-known 16th century Dubrovnik historiographer Ludovik Crijević Tuberon, saying he was a “bad historian” who did not describe real events but adapted them as the basis of his own criticism. The manuscript of Restić’s book was lost, but in 1893 the entire work was published based on a transcript, entitled Chronica Ragusina Junii Restii.