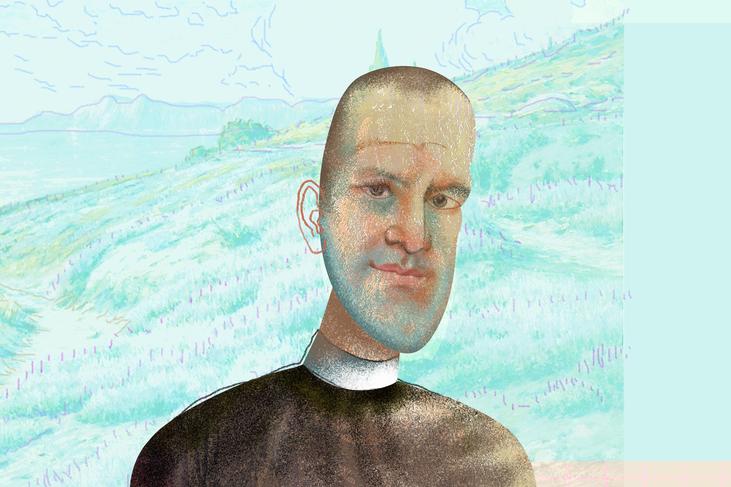 MATO CELESTIN MEDOVIĆ (Kuna-Pelješka, 17 November 1857 – Sarajevo, 20 January 1920) Mato Celestin Medović, a simple priest with a powerful artistic inspiration, which was the cause of occasional clashes with his superiors, was one of the most prominent personalities of the first generation of painters in Croatian modern art. He was born in the village of Kuna on the peninsula of Pelješac, where the famous Franciscan monastery was located. Already as a child he decided to become a Franciscan priest.

As soon as he came to study in the monastery in Dubrovnik his great talent as a painter was noticed. Therefore, after he was ordained, the Franciscans sent him to Rome to study painting, but the six years he spent studying in Italy (1880 – 1886) were interrupted with painting tasks in various Franciscan monasteries, so it seems that the time he spent in Italy did not leave a significant mark on his painting. Although he studied with several renowned painters of the time (Ludwig Seitz, Francesco Grandi) Medović decided to return to Dubrovnik because he was somewhat unhappy with his progress. In Dubrovnik, he managed to obtain permission to go study painting at the Academy in Munich (Königliche Akademie der Bildenden Künste). Five years spent in the capital Bavarian city, at that time one of the major European artistic centres, definitely formed Medović as a painter. There he adopted, not only all necessary painting skills, but a high style of the late 19th century academic painting. His professors were important painters and educators of their time; Gabriel von Hackl, Ludwig von Löfftz and Alexander von Wagner. He graduated in 1893 with a painting entitled Bacchanal and was awarded a silver medal that he brought back to Dubrovnik. However, he could not reconcile his dynamic artistic spirit with priestly responsibilities, so he transferred from the Franciscan order, became a Diocesan priest and moved to Zagreb. At that time, the Croatian capital city was a lively artistic centre, thanks in large part to minister Izidor Kršnjavi and painter Vlaho Bukovac, and the artists around him. Concurrently with the process of building a city out of a provincial town and turning it into one of Central European capitals, ran a process of affirmation of national art and local painters, who not only had their hands full with decorations of numerous new buildings, but were for the first time treated as fully fledged members of the national elite. Although he was already formed as an artistic personality, Mato was influenced by his friend Bukovac and changed his manner of painting, opened himself to new styles and started using a lighter palette. He lived in Zagreb until 1907, and in his most fertile period created a large number of portraits, altar paintings and great historical compositions, especially for the palace of the Department for Religion and Education, or in today’s terms, the Ministry of Culture. After Zagreb, he went back to his native village of Kuna, where he would, with short interruptions (Vienna in 1912 – 1914), remain until the end of his life. He had previously built a family house there, a summer residence with a chapel in a nearby cove, and he was especially keen on painting the chapel of Holy Saviour at the local cemetery, as a gift to his compatriots and his covenant with God. The last period of his creative work was marked by painting the landscapes of Pelješac; with an almost impressionist power he depicted impressions of nature in his canvases. One year after his death he became an honorary member of the Academy, and in a big national celebration in 1971 the people of Pelješac erected a bronze monument in his honour in his native village, that was created by the great Croatian sculptor Ivan Meštrović. Throughout his life, Mato remained connected to his native region and its people, he was a sociable man and was known to sometimes play the lijerica musical instrument. Several anecdotes about his life are still recounted by the people of Pelješac, like the one when during mass altar boys poured brandy in his chalice instead of wine, but he betrayed no confusion and turned everything into a joke.