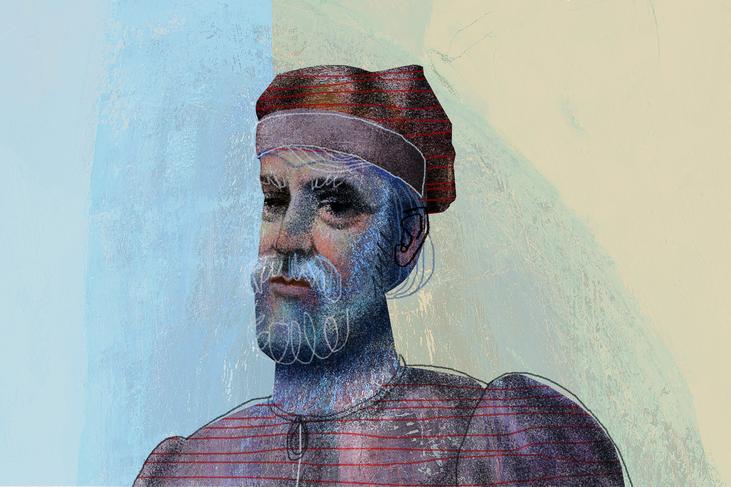 (Dubrovnik, first half of the 17th c.) At the beginning of the 17th century, two political events shook the Dubrovnik Republic from within and made the normally cautious Ragusans even more wary – the Lastovo Rebellion (1602 – 1606) and the so-called Great Conspiracy (1612). The rebellion of a number of inhabitants of the remote island of Lastovo, that was under Dubrovnik’s rule from the mid-14th century and enjoyed an autonomous status, was used, of course, by the rival Venetian Republic.

Dubrovnik managed, however, through a series of diplomatic actions to calm the situation down and bring the island of Lastovo back under its authority. In historiography, the so-called Great Conspiracy is remembered as an unsuccessful attempt of two exiled Ragusan noblemen to orchestrate a kind of coup d’état. They joined the anti-Ottoman plans of the Duke of Savoy Charles Emmanuel, and tried to involve the neutral Republic of Dubrovnik in those plans. Their death sentence – which they both avoided by escaping to Italy – caused a great rift between members of opposing families, which then took hold throughout the entire aristocratic class, and consequences of this division continued to be felt in Dubrovnik until its fall two centuries later. It is very likely that these events, with permanently complex and for Dubrovnik potentially dangerous relationships between European powers, made Ragusans seriously consider the improvement of their defence system. Hence in 1618, the local expert Miho Hranjac made a comprehensive report on the condition of the city fortifications, its advantages and disadvantages and necessary modifications or improvements. However, it is particularly interesting that we know almost nothing about the author of this detailed text, except what we are able to conclude from the work itself. Namely, even though the treatise was written in a studious manner and with an obviously excellent knowledge of the topic, Miho Hranjac remains a mystery to this day! Everything we know about him actually stems from the foreword of his report. In it, Miho says that he wrote it “based on the feelings that one normally has for one’s homeland,” after having a private audience with the Dubrovnik Rector, so we can assume that the report was created at the incentive of state authorities. He proudly points out that he is a local subject and that he wrote his opinion as a result of “sensible consideration (…) taking into account modern war methods” because he “knew the position of hills, promontories and ports, that could become open doors for the enemy army, and I feel obliged by the laws of God and men, to show and explain all positions that have to be fortified, with little cost.” Moreover, it is evident from the text that Miho possessed excellent knowledge not only of Dubrovnik’s forts and the surrounding territory, but also forts in southern Italy, as well as contemporary trends in fortification architecture and cannonry. This is precisely why he proposed that several fortresses should be built in the vicinity of the city, and be equipped with cannonry in order to prevent potential enemies from endangering or bombing it from the surrounding hills. In his opinion, fortresses should be built on the islet of Daksa in front of the port in Gruž, on the Montovjerna hillock, the peninsula of Lapad and on Ilijina Glavica, while an additional fort should be built on Mount Srđ above the city that would prevent enemy landing on Lokrum. We should, however, point out that his observations about the defence of Dubrovnik did not stop there; he proposed an entire series of measures and actions that were supposed to enhance the defence potential of the city. He provided reasoned explanations about weaknesses of certain positions in the city walls, suggested extensions and modifications of some of their parts, and he paid special attention to the port, which was to be expected because of an exceptional importance of shipping for Dubrovnik. He made an interesting proposal for the construction of an embankment in front of St. John’s Fortress. Miho thought that an embankment made of large stones should be built in front of the said fortress, as protection from potential enemy attacks from the sea, but also as defence against the waves and for increasing the port’s capacity. It is safe to say that this was the first proposal for the construction of the Porporela breakwater that was not built in that location until the mid-19th century. This was not the only proposal he made that was realized but two and a half centuries alter. During the 19th century, the Austrian army decided to build fortresses in almost all the locations he mentioned in order to create an efficient fortification network around Dubrovnik. We have no biographical data about Miho Hranjac’s education and career, and we know nothing of his fate, but his proposals for the construction of forts were obviously too bold and risky for the ever cautious Ragusans who – at least during his time – decided to ignore his expert advice.