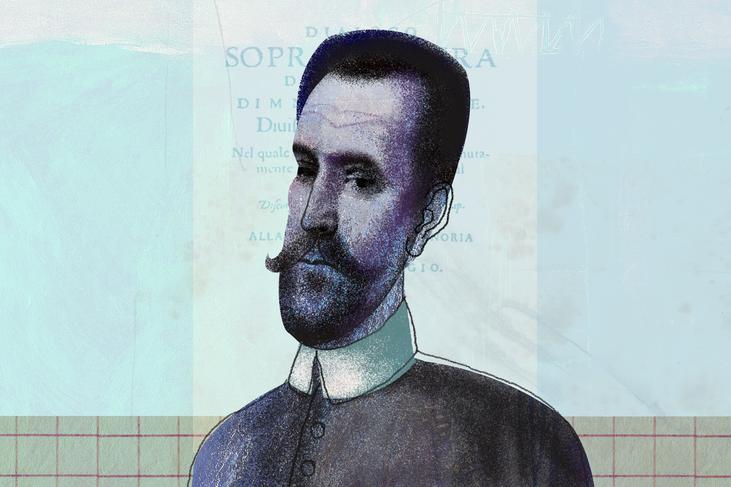 (Dubrovnik, c. 1505 – Dubrovnik, 1587) Nikola Nalješković, nicknamed Živon, was born in Dubrovnik in a wealthy plebeian merchant family between 1505 and 1508. Having lost his father to plague in 1527, he assumed family responsibilities as a young man but was unsuccessful as a merchant, which lead him into bankruptcy. He struggled with financial problems all his life, and he was a scholar in astronomy and mathematics.

He died in late December 1587. He was an excellent poet and playwright whose work has many contradictory elements; emotion and rationality, eroticism and spirituality, happiness and death. Thus far, Nalješković was presented in the history of Croatian literature as a marginal author, in the shadow of his more famous contemporaries Držić and Vetranović, and only recently was he given credit as an important Renaissance author. His poetic oeuvre is characterized by an abundance of genres – he wrote a collection of love poems, masquerades (carnival songs), epistles, religious poems (that he started writing at a mature age), pastoral plays, mythological plays, farce, comedy and drama with elements of Plautine erudite comedy and Roman mime. His dramatic works have some lascivious and vulgar elements. Pjesni od maskerate contain twelve carnival songs. With his comedies about life in Dubrovnik, he paved the way for Marin Držić. Manuscripts designate his seven untitled plays, composed of a prologue and one act in verse, as comedies. The collection of love poems entitled Pjesni ljuvene was published in Zagreb in 1876, it contains 180 poems and portrays the history of the poet’s love, in which themes of reflection and melancholy, romantic pain and pessimism are entwined. He was the most prolific writer of epistles in the Croatian Renaissance. He wrote 37 epistles, sent to his family and friends from Zadar to Dubrovnik, especially to poets Petar Hektorović, Nikola Dimitrović, Mavro Vetranović, Dinko Ranjina; in his epistles he also addressed rectors and religious and secular rulers. They represent a source of various information about old Croatian writers, describe the social life, friendships, contacts and communication between representatives of Renaissance literary circles (Dubrovnik, Hvar, Korčula circles). From Nikola’s epistles we find out who his literary role-models were, since they reflect his taste and worldview. He travelled throughout the Mediterranean, but without much success in business, so in 1538 he was forced to declare bankruptcy. That is the reason he spent the following year in prison, and why his fiancée Lukrecija Zuzorić left him, and allegedly ran away straight form the wedding procession to a convent. After he was released from prison, he performed various administrative state duties, and for a long time he worked as a surveyor in Dubrovnik and its vicinity. After 1550, he married a close relative Nika Nalješković, but they had no children. Thanks to a dowry he received after marriage, he was able to devote his time to the study of astronomy. He was asked by Rome to give an opinion on the reform of the calendar that was being prepared by Pope Gregory XIII, and so in 1579 he wrote his scientific dialogue entitled Dialogo sopra la sfera del mondo.