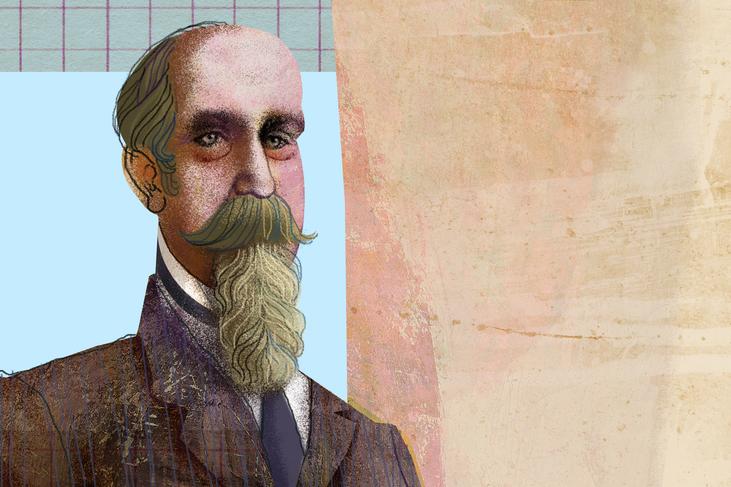 (Dubrovnik, 12 March 1821 – Dubrovnik, 30 June 1882) Medo Pucić (Pozza) was a Dubrovnik patrician, writer and politician, one of the most prominent Ragusans of his time, and an important Croatian cultural and literary figure during the period of the Croatian national revival in the middle of the 19th century. He was born in Dubrovnik in 1821, where he finished primary school and continued his education in the territory of contemporary Austria. He studied in Venice at the Lyceum of St. Catherine, and then went on to study law in Padua and Vienna.

During his studies he met Italian revivalists and was introduced to promoters of pan-Slavic ideas and leaders of national movements in other Slavic countries within the Habsburg Monarchy, and later in his works he promoted pan-Slavic ideas and the cultural, national and political affirmation of, particularly, South Slavic countries. He was buried in the old family cemetery at St. Michael’s in 1882, and ten epitaphs that were written on the occasion of his death offer testimony to the reputation and respect he enjoyed among his contemporaries. Medo Pucić enriched the 19th century Dubrovnik and Croatian literature, literary history and historiography with his dedicated work in the fields of literature, history and linguistics, while his prolific and varied oeuvre holds an important position in the corpus of Croatian literature and cultural history. As a Dubrovnik student in Italy, he published, together with Ivan August Kaznačić, a series of essays entitled Studi sugli Slavi (Studies on the Slavs) that were published in the Trieste paper La Favilla from 1842 to 1844. In 1844 in Vienna, he published Slavjansku antologiju iz rukopisah dubrovačkih pjesnikah (Slavic Anthology from the Manuscripts of Dubrovnik Poets) and dedicated it to Duke Charles de Bourbon (he was a court chamberlain from 1846 to 1848). It was the first published anthology of older Dubrovnik poetry. In 1864 in Vienna, he published the epic poem Cvijeta, in which he thematised the demise of the Dubrovnik Republic using a typical romantic plot. In 1856 in Zadar, he published the first history of Dubrovnik in the Croatian language – Povjestica Dubrovnika. Medo Pucić was responsible for discovering the province of Molise where Molise Croats lived. In 1856, in L'Osservatore Dalmato he revealed letters of Ivan de Rubertis that talked about a Croatian colony in central Italy, where Croats managed to preserve their Slavic (Croatian) identity for four centuries, despite being surrounded by Italian culture. He collaborated with magazines: Zora dalmatinska, Danica horvatska, slavonska i dalmatinska, Glasnik dalmatinski, Naše gore list, and he was one of the founders of the literary magazines Dubrovnik cviet narodnog književstva/knjištva (1849 – 1852) and Slovinac (Dubrovnik, 1878 – 1884). As a poet, he wrote typical romantic poetry, inspired by the vernacular language and tradition. Medo Pucić was, like his famous compatriots, a highly educated intellectual, who travelled throughout Europe after his studies, “I have just been to Moscow, Florence, then Paris, and Naples,” he was fluent in Latin, he spoke Italian and French as if he were a native speaker, and he “understood well” English and German. He was very knowledgeable about literature, philology, history, philosophy and theology. Like other members of his family, he possessed “a nobleman’s pride and a strong character.” He would meet with his companions, writers and other intellectuals, in the famous Šarić pharmacy (špičarija) that was at the centre of social life in Dubrovnik. He was also known as a patron. He contributed to the success of the famous Croatian painter Vlaho Bukovac. He discovered his talent when Vlaho, as a twenty-year-old, returned to Cavtat from America, and Medo – thrilled by his canvas entitled Turkinja – exclaimed in Šarić’s pharmacy “Habemus pictorem!” which drew great attention. With Pucić’s help the gifted artist continued his studies in Paris.