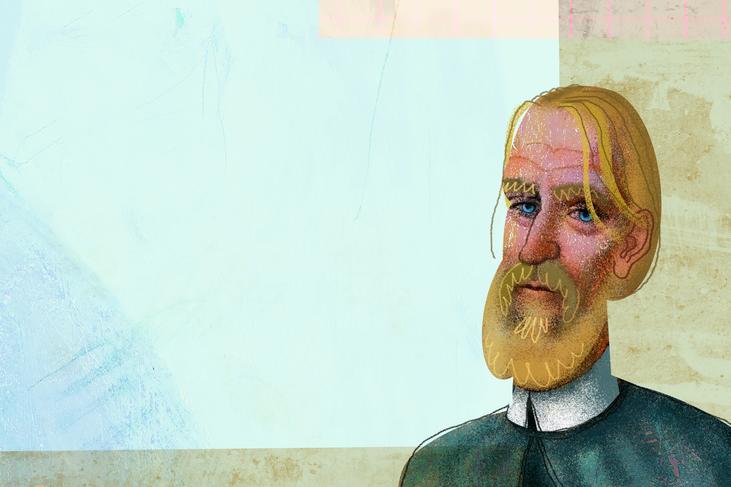 (Dubrovnik, 1534 – Dubrovnik, 26 December 1588) Vice Stjepović-Skočibuha belonged to the most prominent merchant family in Šipan whose original surname was Sagroević (Sagri). In the early 16th century it branched out into several kinship lines with a variety of surnames (Stjepović, Skočibuha, Krivonosović). His father Tomo was a successful mariner and merchant, and many of his cousins that he had business dealings with at various times were also successful.

He was related, by marriage, to the renowned shipowner and great benefactor Miho Pracat (c. 1522 – 1607). At the age of 25, after several accidents at sea, Skočibuha decided to settle down and take over the family business, “a company of good and solid standing,” as the chroniclers said, at the time when the situation in Dubrovnik and the world was extremely favourable for the work he was doing. For thirty years he independently ran his company, supervised his ships and managed to expand and strengthen the business so much that he became one of the most important businessmen in Dubrovnik at the time. As was customary then, he had parallel dealings in the commercial, maritime affairs and the investment business, and owned several vineyards and other properties that he also managed independently. A great deal of interesting information about his businesses is known thanks to the extant account books. Each of the four account books is marked with one of the letters that start the alphabet; the third and fourth books were marked with letters C and D, they are today kept in the State Archive in Dubrovnik, and were probably preserved only by sheer coincidence. In them one can find everything that is normally recorded in the accounting diary, while the lost book B, it seems, kept records of the debtors. All items in these two books were recorded by Vice, in his own handwriting, except the first 16 pages that list all of his properties. All of the above testifies to the importance of his trading business, and we should also add that he played the role of intermediary between Italy and the Balkans. His main business partners in the West were located in Naples and Ancona, while in the Balkans most of his trade dealings were with Sophia. He was importing the finest manufacturing goods from Italy, luxury items and the like, but mostly fine Spanish wool. From the volume of his businesses and income it was evident that Skočibuha – with the aforementioned Miho Pracat – was one of the most capable and richest entrepreneurs in Dubrovnik in the second half of the 16th century. He made regular investments in the development of his business or in profitable companies and real estate, but he also bought valuables and luxury items. It seems that Vice and his entire family were especially keen on the latter. We know Vice was well educated, that he had a great taste and that he ordered artistic furniture, bed linens, household items and decorations for his apartments, mostly from Naples and Venice. We should mention, as a curiosity, that as part of his extensive trading network he, for example, procured bed covers from Pisa, and cheese and sausages all the way from Andorra. For the altar he had built in the Dominican church, where he was eventually buried, he ordered a painting of the descent of the Holy Spirit upon the Apostles, by the Florentine painter Santi di Tito (1536 – 1603), and Skočibuha himself was depicted in the scene.

With hard currency, ships and land, Vice also inherited a large family house from his father and the newly constructed summer residence with a tower in Suđurađ on the island of Šipan, that he expanded, and a new palace in Pustijerna district in Dubrovnik. The palace in Pustijerna was located in the old centre of the aristocratic part of the city and with its size, beauty of its façade and monumental appearance, it far exceeded the size of the neighbouring patrician edifices. The palace interior was – as befits a merchant of great taste – richly furnished and decorated, so that it did not in any way fall behind other better patrician houses. His property by Tri crkve could be considered one of the most beautiful suburban villas of “regal splendour,” as it was described by Fra Serafin Razzi, in the entire region of Dubrovnik, primarily because it was situated in one of the most beautiful locations in the immediate vicinity of the city, with broad and sweeping views, but also thanks to its terraced gardens, elegance of lines, beauty and well established proportions, internal layout of rooms and intricate treatment of stone details. The years this castle was built are unknown, as is the name of the architect, however, it was probably after 1575 when the land was purchased, while the garden, the entrance doors and the external side of the building were finished in 1587 and 1588. We should also mention that Vice Stjepović-Skočibuha was probably the initiator and one of the construction managers of the church-fortress of the Holy Spirit above Suđurađ on Šipan, a unique building in the Dubrovnik region.

Historian Fra Serafin Razzi, who published the first synthetic historical overview of Dubrovnik in 1595, was present at Vice’s funeral, and he wrote as follows: “The island of Šipan is well-known (…) for its nobility, the industrious people it has always given the city of Dubrovnik and their excellence of spirit, like Skočibuha, Sagroević and others in our time. (…) The aforementioned noble-minded Vice Skočibuha, born on this island, a man of reputable name, owner of several ships, builder of palaces, chapels and churches and, most importantly, a great benefactor, left this for a better world at the age of 54. (…) It has been a long time since such a multitude of people was seen as those present at the funeral of this great benefactor. He was mourned by all the paupers of the city and beyond, and the poor slaves his compatriots located in Berbera must have been terribly saddened because he was known to buy one of them back each year. (…)”