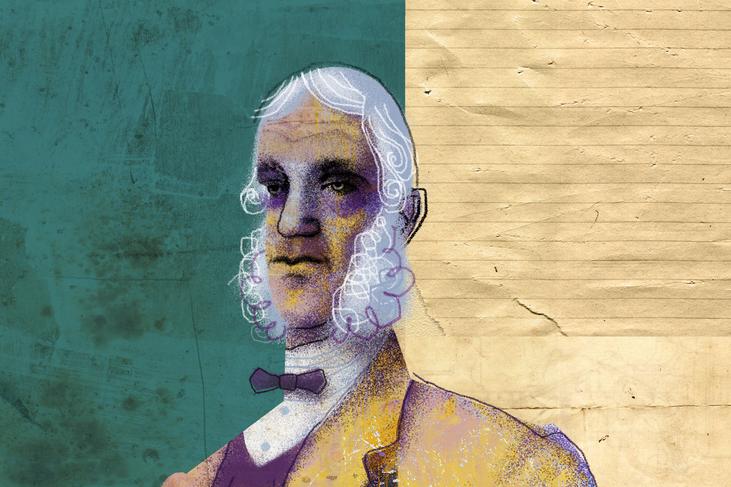 (Dubrovnik, 13 June 1810 – Dubrovnik, 8 March 1882) Originally from Komaji in Konavle, but born in Dubrovnik, where he received primary and secondary education, Antun Drobac decided to study pharmacy in Padua. He returned to Dubrovnik in 1832 as a master of pharmacy and, for a short time, ran the Friars Minor pharmacy, and then he became the owner of a pharmacy next to the Sponza Palace, while also serving in various municipal positions in the next four decades.

Motivated by Dubrovnik’s interests but related to the apothecary profession, his public work lead to the discovery of the insecticidal activity of the pyrethrum plant (Pyrethrum cinerariaefolium). He was the first professional producer of ground dry pyrethrum flowers and he sold this preparation both at home and abroad, which contributed to the prevention of the cholera epidemic in Dubrovnik in 1867. Thanks to Antun Drobac, this perennial plant “coated Dalmatia in gold.” He donated his large natural history collection to the city, and in 1872, the Patriotic Museum, today the Natural History Museum, was founded in Dubrovnik. As a shipowner he made sure all his ships were furnished with pharmacies, proposing that all vessels do the same, and today his ship’s pharmacy is kept in the Dubrovnik Maritime Museum. Indulging his curious nature, the versatile Antun also successfully made daguerreotypes in his free time. Some consider him the first Croatian photographer, and Dubrovnik the cradle of photography in Croatia. Travelling daguerreotypists came to Dubrovnik a decade later, but they were all foreigners. From the first administration of anaesthesia in surgery, Antun was drawn to the creative role of an anaesthesiologist in this new medical process. The first demonstration of ether anaesthesia was performed in 1846 in Boston, then in England at the end of that same year, and in France and Germany at the beginning of 1847. The first surgery with the administration of ether anaesthesia was conducted in the hospital in Dubrovnik in April 1847. It was performed by renowned Dubrovnik physicians Frano Lopižić, August Kaznačić and Niko Pinelli, while the ether anaesthesia was administered by magister Antun Drobac. He wrote an article describing the procedure in the Gazzetta di Zara paper. The operation was conducted on a young woman from Dubrovnik who was diagnosed with breast tumour, and during the surgery she was awake and did not feel any pain.

His family life, though, did not go as smoothly as his scientific one. He had eight children with his wife Marija Boriani; three daughters and five sons. Two of his sons died as young boys, one drowned in a river while studying in Padua, and two of his beautiful adult daughters died of consumption in the prime of life. Antun was unquestionably deeply wounded by the death of his children, as a father and a man. The only way to ease his sorrow was through constant, daily work. He was greatly respected during his lifetime and this carried over after his death. One obituary said that his life was invaluable for Dubrovnik: “He always watched over the happiness of his family and the brilliance of his city.” Posthumously, he was declared an honorary citizen of Dubrovnik, and a bronze bust created by sculptor Ivan Rendić was erected in his honour in the Natural History Museum. One street in Dubrovnik carries his name.