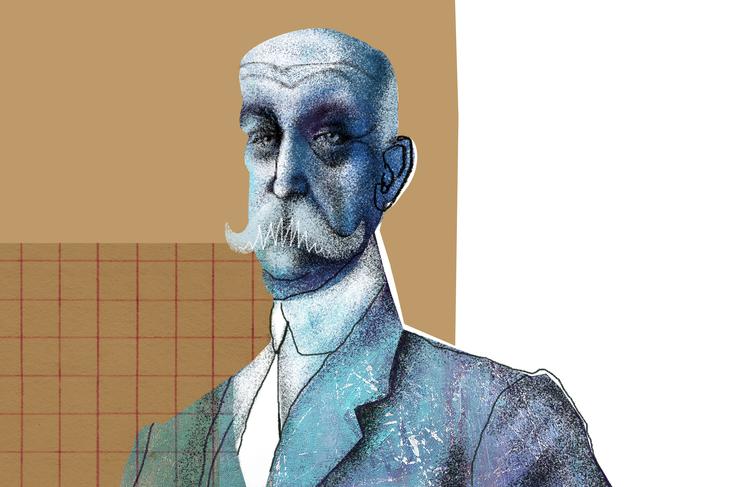 (Dubrovnik, 24 August 1837 – Dubrovnik, 13 July 1921) Pero Čingrija was one of those striking figures whose social activities would leave a mark on any period. Thanks in large part to the fact that as a young man he participated in the political events of the then Kingdom of Dalmatia that was part of the Austro-Hungarian Empire, and his longevity, Čingrija was an active participant of political and social events throughout the entire second half of the 19th and the first two decades of the 20th century. We would, therefore, be right to say that not only was he a political figure, he was a true political leader.

Čingrija was a descendant of one of the most prominent bourgeois families in Dubrovnik, and after completing his doctoral studies in law at the University of Padua (1862), he came back to Dubrovnik and started working as a lawyer. Under the influence of the then popular ideas of the Italian Risorgimento, he decided to engage in a lively political fight for Croatian national interests in Dalmatia, and immediately after the fall of Bach’s absolutism became actively involved in political life as a supporter of the National (later Croatian) Party. His participation in political life lasted almost six decades (1862 – 1918), 48 years of which he spent as Dubrovnik’s representative in the Dalmatian parliament in Zadar, 8 years as the party’s president and 3 mandates as the mayor of Dubrovnik (1878 – 1882, 1899 – 1905, 1905 – 1911, and briefly in 1918). As a mayor of Dubrovnik, he was remembered as one of the most beloved persons to ever hold that office, and on account of his probity and moderation his compatriots, as well as his colleagues regardless of their political affiliation, showed him respect during his lifetime; marching songs were composed in his honour, one street was named after him, and artists as famous as Ivan Meštrović and Vlaho Bukovac created portraits of him. He was politically active at the time when Croatian interests were divided by administrative separation within the Austro-Hungarian Monarchy ruled by the Habsburg dynasty. Throughout his life, Pero and his associates tirelessly and consistently fought against the so-called Autonomists for the unification of Dalmatia and Croatia proper. After 1900, he became the leader of the National Croatian Party, and following in the footsteps of the national movement in Croatia proper, he wanted to create the requisite concentration of Croatian politics, which coincided with wishes of the majority in the Party of the Right in Dalmatia. Thus, the cooperation between the “nationalists” lead by Pero Čingrija and the “rightists” lead by Ante Trumbić, resulted in their unification in 1905 as one Croatian Party, with Čingrija as the party’s president. He advocated the newly established common policy of “new course” and closely cooperated with Frano Supilo, whom he knew when Supilo was a young man and who was greatly influenced by Čingrija, and with Ante Trumbić. Thanks to their joint efforts, the meeting of Croatian politicians took place in Rijeka in 1905. Pero presided over the adoption of the Rijeka Resolution, which turned a new leaf in contemporary Croatian political life.

Pero possessed great energy for work and was the only Dalmatian politician who entered politics with the introduction of constitutionality in 1861 and who lived to see the collapse of the Austro-Hungarian Monarchy in 1918. His son Melko Čingrija (1873 – 1949) was also a politician and a mayor of Dubrovnik (1911 – 1914 and 1919 – 1920). Pero spent the better part of his life in Široka Street, and he would stop almost every day, before his usual stroll, into the Šarić family pharmacy at Placa (Stradun), where a group of people were always ready to talk and joke. His family also owned a small summer residence in Srebreno, in Župa Dubrovačka where he regularly spent holidays. He was a widower and at the end of his life he moved, with his son and daughter-in-law, to their new and comfortable villa in Boninovo, where he gardened as a hobby. This was – and it could rightly be said, still is today – one of the most beautiful private villas in Dubrovnik.