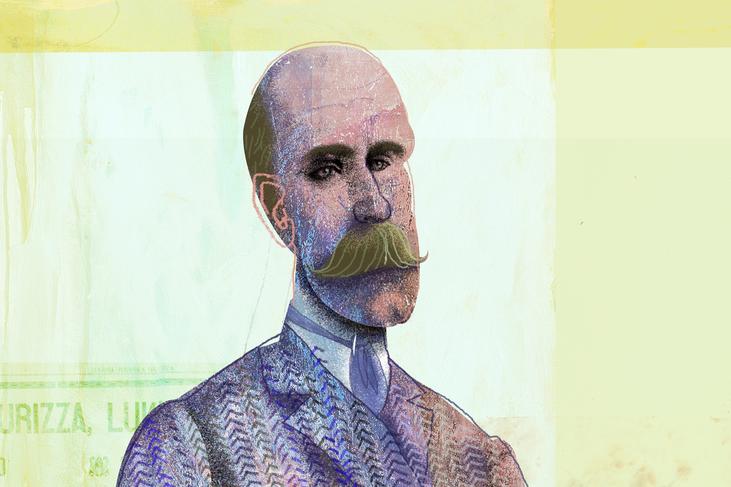 (Koločep, 28 April 1875 – San Vicente near Los Andes, 13 July 1941) As an adventurous child of poor parents, Pasko Baburica, or in Spanish Pascual Baburizza Soletich accumulated a significant life experience by the time he was seventeen years old. At age thirteen, he moved from his native Koločep to Trebinje, where he worked as an assistant in a convenience store, and since he was very hardworking and full of ambition, he spent all his free time reading books and learning Italian and German.

Four years later, he headed to Dubrovnik where he also found work as a merchant assistant, however, his father died soon after and he had to return to Koločep. As a seventeen-year-old, he was talked into leaving his homeland by a cousin, so in 1892 he embarked on a new life in South America. In the city of Iquique in the north of Chile he started his business career again as a merchant assistant, but with the first money he managed to save he bought his own store several years later. In 1895, he became a minor partner in one company in Tocopilla, and then gradually a partner in many industrial, shipbuilding and trade companies. In 1907, he became part owner of a slaughterhouse and a vinery, and he opened a supply centre with livestock, cattle food and leather needed by mining and saltpetre companies, and the following year he joined in the production of saltpetre in the province of Tarapaca. Seven years later he bought the most important saltpetre factory Progreso, and made the initial capital that would later become the largest private fortune in Chile in the first half of the 20th century. Six years later, he and his partners bought another saltpetre factory near Antofagasta and called it Baburizza, Lukinović y Cia, and following the purchase of several other factories the company was renamed Compania salitrera Lastenia. In 1923, when this company merged with Lautaro company, it was given an international name of The Lautaro Nitrate Co. Ltd. Soon after, Pasko Baburica became the richest salitreros in the world; of 16 Chilean saltpetre factories, as many as 11 were owned by him, and he also possessed 30% of the total national production of “white gold” in Chile. Many of the 30,000 employees in his companies were immigrants from our region. He was called the king of saltpetre, and in the first half of the 20th century, as the business visionary that he was, he started suspecting the imminent sales crisis of Chilean saltpetre because of the increased production of artificial saltpetre, so around 1930 he decided to reorganize his businesses. He started investing money in insurance companies and agriculture, buying ships and trading in coal and oil. The size of his influence is attested by the fact that he was the largest shareholder of the Chilean state bank Banco nacional de Chile and the co-owner of Banco Yugoslavo that he founded so that he could handle money independently. In 1924, together with partners, he founded the shipping company called Jugoslavensko-amerikanska plovidba, that merged with other companies and became, five years later, an even larger company called Jugoslavenski Lloyd. From his first emigrant days he was helping, not only his compatriots in South America, but his new homeland Chile. So, for example, he participated in the construction of the city and port in Antofagasta, because he wanted the city to become a large port in the Pacific, and he also had his heart set on the establishment of the agricultural institute near Valparaíso, that continues to be financed by his foundation to this day and carries the name of El Instituto agricola Pascual Baburizza. He often and generously helped his old homeland, helped build public buildings in Dubrovnik, Split, Zagreb and Belgrade. On his native island, he helped with the renovation of the parish church, building of the docking facilities and waiting room, he developed the Ratac Park and secured the financing for construction of the road around the port in Donje Čelo. In 1929, with his donation, Dubrovnik completely renovated the Renaissance bell tower that was in danger of collapse. The citizens, grateful for such extraordinary generosity installed a memorial plaque in his honour on the bell tower, so his name can be seen by everyone who walks through the main city street. Several years before, he was made the honorary citizen of Dubrovnik.

Although his only formal education was four grades of primary school, his intelligence and diligence made him become one of the richest Croatians of his time. He was a broad-minded visionary who possessed a shrewd business acumen, so he made deals with ease and calm. Many anecdotes about his wealth are told by people; one of them says that he once signed a check for the incredible sum of 4 million pounds. As an energetic person he was almost obsessively devoted to his work, had no family of his own and despite exceptional wealth, he lived relatively modestly. Another anecdote – this time romantic in nature – says that his only love ended in tragedy; with an early death of the girl he loved. Allegedly, Pasko Baburica brought her mother from Antofagasta to live with him in Valparaíso, he built her a house and looked after her for the rest of her life. Also, he allegedly sent regular financial assistance, until the end of her life, to the wife of his first employer who made a strong influence on him and encouraged him to study.