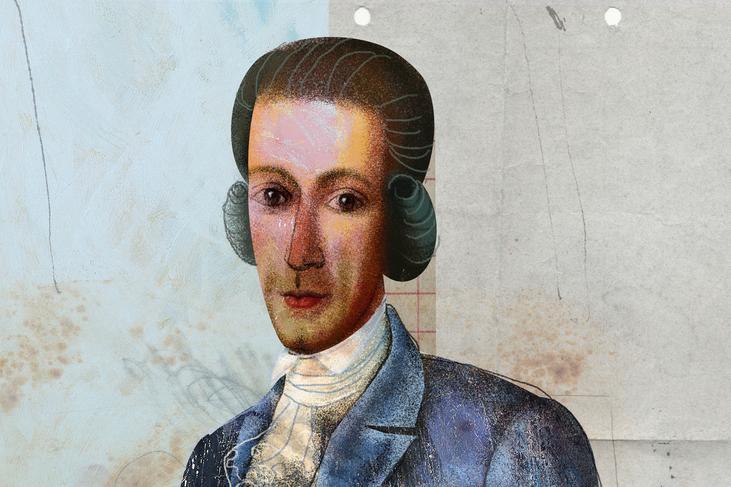 (Dubrovnik, 3 August 1756 – Dubrovnik, 15 July 1806) Descendant of the old Basiljević (Bassegli) clan, Tomo Basiljević was the most prominent representative of Enlightenment in Dubrovnik, a philosopher, essayist, physiocrat, modern man and a liberal patrician, who followed his parents’ wishes and studied law in Bern and Göttingen, but was more interested in natural sciences, especially physics, chemistry and mineralogy. He was born in the distinguished family of political officers and artists.

His father Jakobica was a senator and his educated mother Kata was a descendant of the Sorkočević clan. Toma’s uncles were composer Luka Sorkočević and the erudite Miho. Coincidentally, he spent the better part of his life abroad, he travelled the Croatian coastal lands and Slovenia, almost the whole of Italy, Switzerland and Germany – where he was received by King Friedrich II, and Austria where he had an audience with Emperor Joseph II. As a member of the Physical Society in Lausanne, the Economic Society of Bern, and a member of the Senate and Minor Council of the Dubrovnik Republic, he moved in the elite international circles. That is how he met and fell in love with Maria (Mimi), younger daughter of baron and leader of the Vienna freemasons Ignaz von Born – allegedly, the model for Mozart’s character of Sarastro in the Magic Flute – and they married despite objections of the Dubrovnik Senate. They objected because Born’s nobility was very recent and his wife was of “low” birth. After a boycott showed by the majority of Dubrovnik’s aristocracy towards the Viennese baroness, the young couple could do nothing else but return to Vienna, where they lived for four years until they separated. After her father’s death, Maria was left without money and she ran away from her husband because he was planning to return home. She left their newly born child in his care. So, after the failed marriage, and life in Naples, Basel, Vienna and Frankfurt, Tomo Bassegli, pupil of Alberto Fortis returned to Dubrovnik. His child, who fell ill during the journey to Dubrovnik, died soon after their arrival.

Tomo was a Francophile, and he wrote most of his works in French in the spirit of the Enlightenment, under the influence of Voltaire, Rousseau and Montesquieu. He acquired an extensive knowledge and possessed an impressive library, with the special part devoted to English literature, philosophy and history (Shakespeare, Bacon, Pope, Hobbes), and he was friends with the prominent figures of his epoch. Many local and foreign kindred spirits respected Basiljević for his vast knowledge and erudition. He is remembered for his very lucid work entitled Bilješke o malim gradovima i malim državama (Notes on Small Cities and Small States). He did not manage to finish his most important work Plan reforme Ustava Dubrovačke Republike (Reform Plan of the Dubrovnik Republic Constitution). He died in 1806, under strange circumstances. He was a completely healthy man when he was elected to perform a delicate mission of meeting the French army. Tomo, this modern patrician – often an open admirer of libertine ideas and the French authority – met the French as liberators. However, the meeting with general Molitor, above Slano, shocked him! The commander ordered him to dismount his horse, and to add insult to injury, Molitor ordered Bassegli to return to Dubrovnik, about thirty-odd kilometres away, on foot! This proud man was found dead in his bed the next morning. Allegedly, the last words he spoke in this world were: “Be a man.”