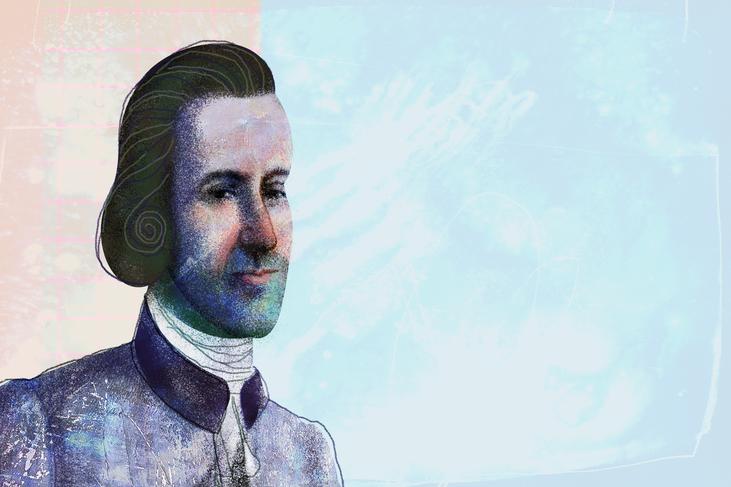 (Venice, 28 July 1662 – Venice, 10 June 1728) One of the most dominant positions in the centre of Dubrovnik, at the junction of two sides of Placa (Stradun), is occupied by the church of Dubrovnik’s celestial protector St. Blaise, erected at the beginning of the 18th century in Baroque style. There would be nothing unusual about this if the church was designed by an architect and not a sculptor, who was also a Venetian, i.e. from Dubrovnik’s rival Venice.

Marino Groppelli comes from a prominent family of sculptors, at least six members of which, across three generations and an entire century, worked in Venice, not only for the city of Venice, but also the regions of Veneto, Istria, Friuli and Dalmatia. However, it seems almost incredible that before he came to Dubrovnik Marino did not create a single larger or prominent work. All the more reason why the decision of the Dubrovnik Senate to entrust the design and construction of such an important church – on the main city street – to such a little-known sculptor was very bold. However, he was more than successful in the way he handled the task set before him, so the centre of Dubrovnik is today decorated by one of the most distinctive monuments of Baroque style on the Croatian Adriatic coast.

Groppelli would probably never have come to Dubrovnik if the old Gothic Church of St. Blaise did not burn down in the fire of May 1706. The trauma Dubrovnik experienced was that much greater because it was one of the rare public buildings that survived the catastrophic earthquake of 1667, so this church also functioned as a cathedral during the construction of the new cathedral. The only thing left undamaged in the conflagration was the gilded statue of St. Blaise, which – together with the fact that the fire did not spread to the city – was considered a miracle performed by St. Blaise. One month later, it was decided to look for an architect in Italy, i.e. the overseers of construction of the Church of St. Blaise were told to “bring an architect they knew, and stonemasons, at the smallest possible cost,” and inform them that the Republic would pay for their trip to Dubrovnik, as well as their return to Venice in case the contract was not signed. The latter, however, did not happen and Marino spent 9 years living and working in Dubrovnik, from November 1706 to the end of 1715. Immediately upon arrival, he created two versions of the project, and the one that foresaw the construction of a completely new church where the old used to be, with the re-orientation of the main façade to the north, was accepted. And since that meant removal of the old city loggia that used to lean against the Church of St. Blaise, he was also given a task to design and build the new loggia for accommodation of the city guard, which he did in the space between the bell-tower and the old palace of the Major Council (in the location of present-day City hall). Then he started building the present-day Church of St. Blaise, which lasted from the summer of 1707 to the spring of 1715, after which the church was officially consecrated.

Marino was the only Venetian artist who spent a substantial period of time working in Dubrovnik after the Great earthquake (1667). Moreover, the time of his stay in Dubrovnik was also the time of completion of several important buildings during the post-earthquake reconstruction of the city (cathedral, Jesuit church). He brought to Dubrovnik the artistic practice of the lagoon city, which can be seen in his selection of the architectural church type (ground plan in the form of a cross with cupolas) and positioning of sculptures on the façade and portals. He accommodated, partly, local tastes and demands, and created, in Dubrovnik’s terms, a unique Baroque church with freestanding sculptures on the façade, which create an unbreakable unit with the church. This was made possible because the government of Dubrovnik, learning the lesson from the cathedral construction, entrusted the execution of the building to its architect, so Marino himself oversaw the implementation of his idea into practice. We should also add that he, with collaborators, created many sculptural elements on the church, resulting in unity of the final creation. Particularly important are the sculptures on top of the façade; St. Blaise and allegories of Faith and Hope. Although the Church of St. Blaise is Marino’s most famous work in Dubrovnik, during his stay in the city at the foot of Mount Srđ he was also engaged in several other projects; building the tomb of Archbishop Scotti in the cathedral’s sacristy, the creation of the sumptuous altar-chest for reliquaries in the Chapel of the Holy Relics, also in the cathedral, creation of the large angel above the main portal of the Jesuit church and work on the summer residence of the Bosdari family in Rijeka Dubrovačka. The fact that Dubrovnik government and Marino Groppelli were mutually satisfied with the cooperation was confirmed by the reward of 200 ducats and the golden medal with the image of St. Blaise that he received before he left Dubrovnik, where he “had the pleasure and good fortune to have been selected by the authorities as an architect of this church,” for which he was grateful, including for “all other tasks that were bestowed on him.” Following his return to Venice from Dubrovnik, Marino started getting prestigious commissions and jobs, for example, the cathedral in Udine or several sculptures in the garden of the Russian Emperor Peter the Great in Sankt Petersburg. He stayed connected with Dubrovnik for the rest of his life, as did his sons who continued to manage their father’s workshop.